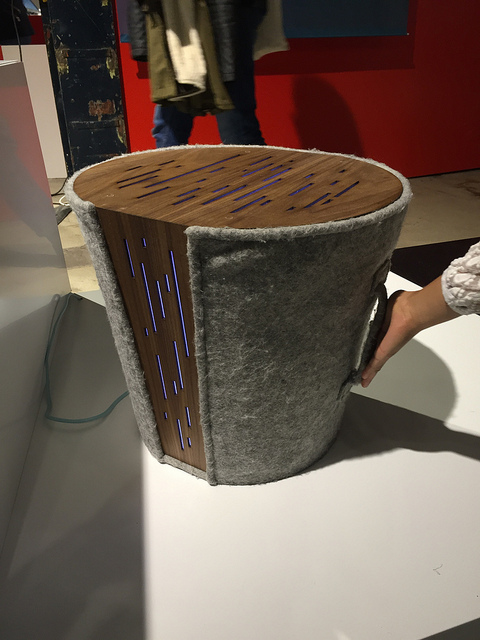 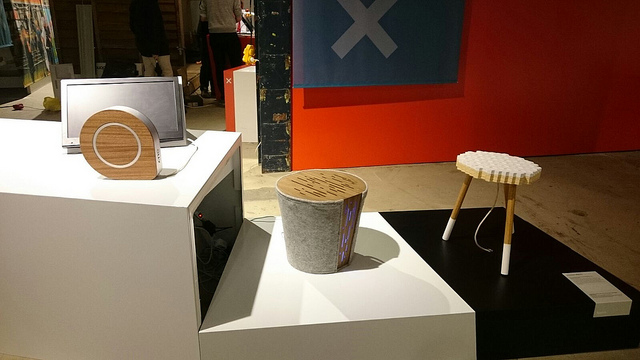 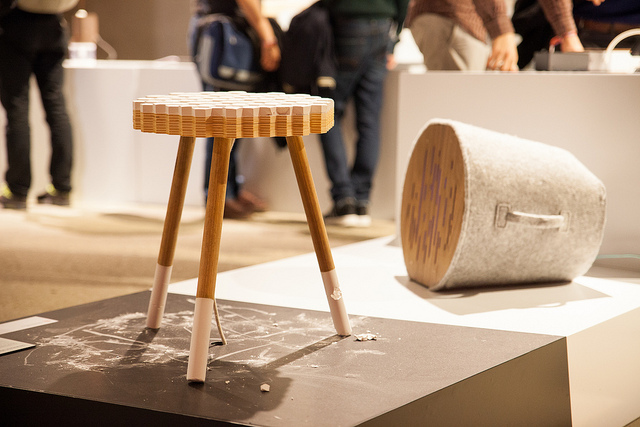 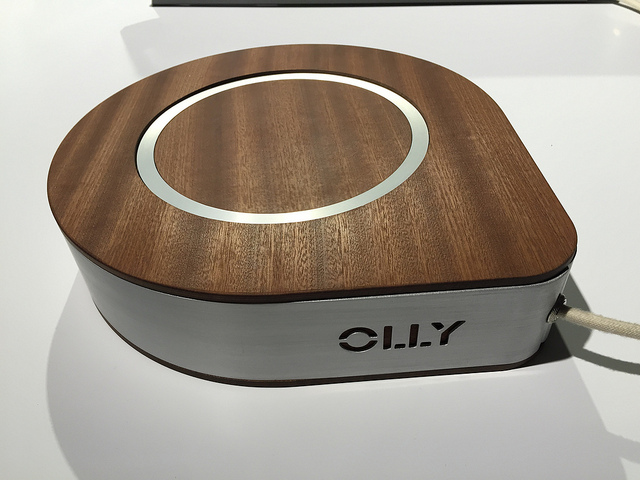 Unaware objects are a type of interaction design artifact that emphasizes actuality over functionality, which has neither an explicit interface nor computational awareness of its owners presence or actions. As a result, unaware objects can be seen to be post-functional. The purpose and meaning of the objects emerge over time through living with and co-existing with them. Unaware objects articulate relations with other artifacts and people that include intersections, incidental and incremental interactions that accrue unique meaning and value over time; and ensembles, the cumulative arrangements and configurations of artifacts that together create meaning and value. In 2015, Ron Wakkary and Will Odom led a Masters module in Industrial Design at Eindhoven University of Technology (TU/e) that led to the selection of three unaware objects projects being selected for the Mind The Step Exhibition at Dutch Design Week 2015. The projects include:

Olly is a tangible music player that allows people to experience past music again in the future. With the vast amount of music instantly available (e.g. through Spotify, Deezer or iTunes) it is hard to keep track of what music you have enjoyed in the past; the relation with music is very dynamic nowadays. Periodically and independently, Olly will select a song from the owners’ past play history and signify this by slowly rotating its inner disc. If someone is present and wishes to hear the song selected they simply speed up the inner rotating disc by hand. The song selected is previously unknown to the listeners and may have last been played several days or years before. How would people appreciate a temporal engagement with randomly selected music from your past? The design team wants to achieve this by motivating people to listen to their past music through a beautiful, friendly, inviting, open-ended unaware object.

Lucie is an object consisting of different faceted surfaces upholstered in felt with parts covered with a combination of wood and opaque Plexiglas. The latter illuminates alternately. The illumination of the light cannot be controlled by the owner(s) and ranges from several hours to multiple days. Therefore, one does not know when a surface will illuminate or how long it remains the same. This inability to control the design aims at persuading the owner to adjust the object’s orientation and with that, experience the function and appearance differently over time. Potential anticipated uses for the design are a stool, table or (spot)light.

Tippy is a surface held up by 3 legs, that slowly moves as its environment allows it. The movement is not only influenced by the characteristics of the ground surface and placement of the legs but also by the distribution of weight, which can vary as objects are placed on the surface. As a result of movement, the solid chalk feet will wear and leave marks on the ground surface. The changing shape of the feet can result in different movements over time. Especially uneven wear can result in interesting new movement. The material covering the surface is designed to evoke doubts about the purpose. ‘is it suitable for placing objects?’.
Next to this the material allows for relatively fast and permanent wear, to document the story of times it fell over or encountered another object/person. Combining these aspects, we could say that the object is influenced by its environment without being aware of it.